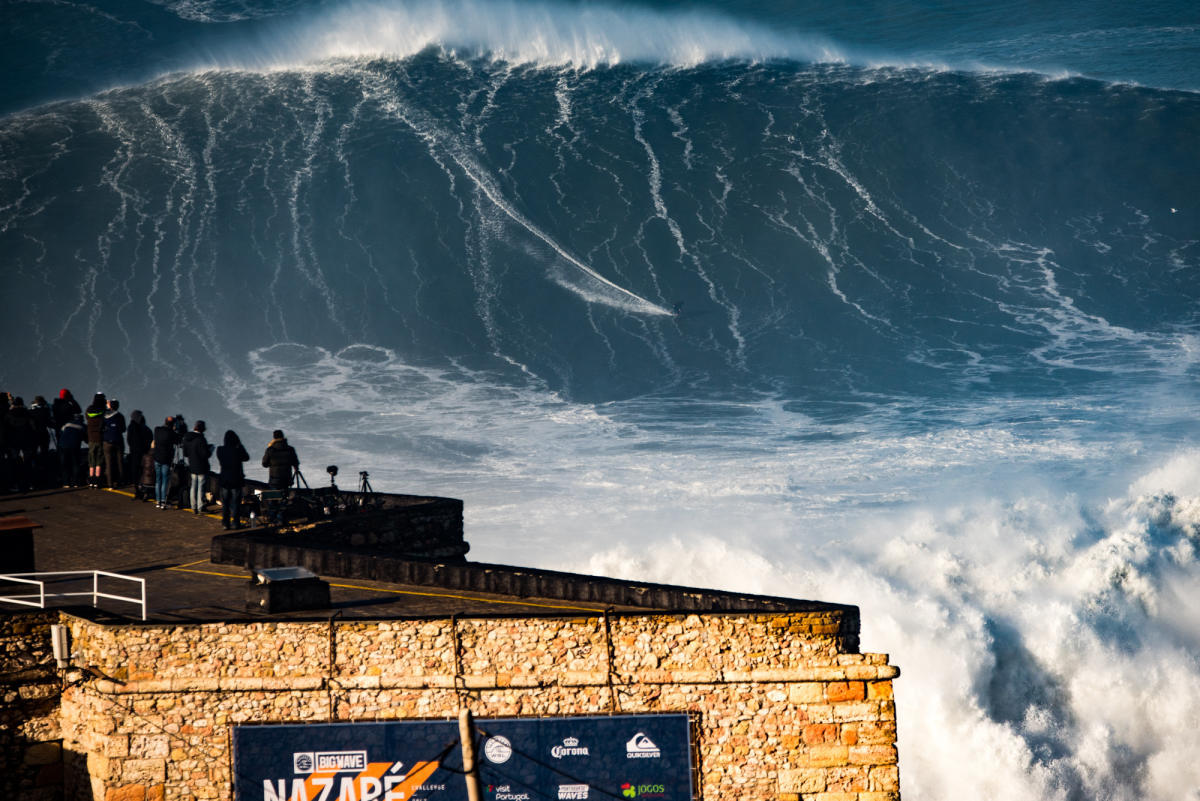 With several 100 million clicks, it was probably the most watched video in the history of surfing. Rodrigo Koxa surfs the biggest wave in the world in Nazaré. Or was that Rodrigo? Or maybe Sebastian Steudtner? This video went around the world: every record-hungry citizen on the planet devoured this video, just the share of Jack-Ass troublemaker Steve-O had 21 million hits.

Inhaltsverzeichnis Ausblenden
1 Wrong Credits
2 How did the error occur
3 Steudtner is angry
4 The two waves in the video: Here now for the first time Steudtners wave from January
5 And here again Rodrigo’s world record wave

Since Tow In Bigwave surfers live on records, it is particularly tragic in their industry when an incident like this occurs: The most clicked wave in the world was not surfed by Rodrigo Koxa but by the Swabian charger Sebastian Steudtner.

How did the error occur

This can no longer be determined with certainty, but it is clear that Sebastian’s video and Rodrigo’s video was passed on to the editorial staff of a major Medein company with the aim of disseminating it. Now Rodrigo surfed the world’s biggest wave to date in November 2017, but Steudtner’s January 2018 wave looked more impressive as it continued to position itself. So the editor presumed that this was the world record wave and set the ball rolling, which could no longer be stopped.

The situation was very unpleasant for both surfers: Koxa got tons of credits for a wave he didn’t surf and Steudtner had to stand by and watch the media adorn Rodrigo with foreign feathers. Although both surfers immediately posted a clarification on their Intagram accounts, the damage was directed and the range was too large.

Big Wave Surfing is not a charity event and Sebastian Steudtner and his crew live exclusively from media interest. Of course, such an incident is a worst case scenario. The most frustrating thing is running Sebastian that they tried to fix it on as many channels as possible, but nobody who posted it changes it.

Steudtner: ” This isn’t about my pride at all, it’s just a huge business that goes through my fingers and it just has an unprofessional aftertaste”.

Just imagine Usain Bolt running the 100 meters in world record time. A few months later comes a video of a Russian sprinter in which Usain Bolt is linked. I mean, that’s never gonna happen, but it’s exactly the situation Rodrigo and I are in now.

The two waves in the video: Here now for the first time Steudtners wave from January

Seen this vid doing the rounds? It’s gone viral once again, stacking millions of views. However, viral sites are tagging this wave as @rodrigokoxa record breaking wave when it is in fact @sebastiansurfs ride from back in January. Both surfers have released clarification to set the record straight, and we caught up with Mr Steudtner to talk this one through. Full feature now up on the site.