Tell Ericksen, Sebastian Zietz and Tom Whitacker have just forgotten their good manners and enjoyed Kelly’s Ranch in threes. What he said about this is not known, but the three cried out for sheer pleasure.

The reigning US Open Champion and the Triple Crown Champion of 2012 bring a lot of titles to the board and even the last of the Menage à trois knows how to surf a wave. Tandem surfing is not a new fashion but was invented in Waikiki at the beginning of the 20th century and was brought to Down Under by Duke Kahanamoku in 1914. Tandem surfing, on the other hand, continues to enjoy great international popularity and world championships are held every year.

Sebastian Zietz and Sage Erickson in the tandem final?

Unfortunately they could not be reached for a statement, but we do not think that they will continue their tandem surfing career and are looking forward to what we will see from them in the WSL. 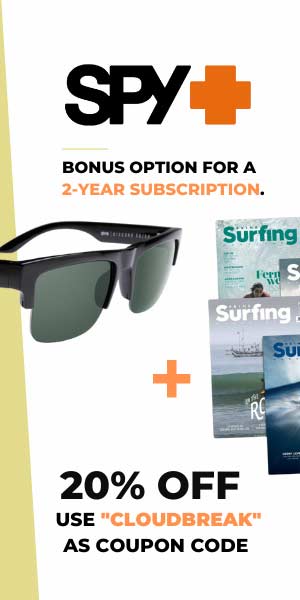