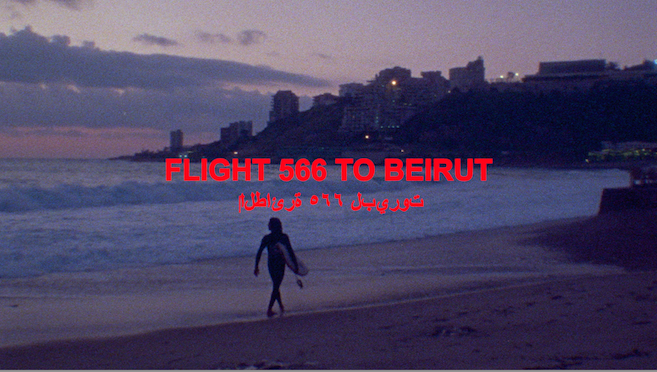 Former warzones excite me, and I like the US Dollar being the currency of default, with the local currency being in multiples of a thousand. I like smoking inside. I like driving regulations as a largely fluid concept. Rabid dogs and assault rifles. I hate the term surf exploration but there is a certain romance to the unknown and if surfing can take you there, then sign me up.

Enter Lebanon. Ravaged by civil war from 1975 until 1990, and a brief but full-blown conflict via Israeli bombardment back in 2006, just to keep things interesting. Lebanon and Hezbollah are two words that are often intertwined. However, as per usual in Middle Eastern politics, political existence is a complicated affair to say the least. The old adage one man’s terrorist is another mans freedom fighter has never been so apt. In short, Hezbollah is a political group with a very, very active paramilitary wing that counts Iran, Syria, Iraq and North Korea as its allies. That counts NATO, the EU, the US and Australia as its foes – who in turn categorise Hezbollah as a Terrorist Organisation. An organisation that prides itself on having 10,000 missiles pointed at Israel. An organisation that at the time of writing holds a tenth of the seats in Lebanese parliament and cabinet.

As I said – it’s complicated.

If Hezbollah was a box office release, the reviews would read: ‘The state within a state’…‘Better armed than most countries’…‘The best secret service in the world’…‘Veterans of most major middle eastern conflicts’. … So we merrily booked tickets to Beirut, coinciding with a red-coloured swell marching its way across the Med.

But dear readers, I must introduce you to our darling protagonist! Mr Adrien Toyon – born to a French mother and Lebanese father during the war, and when I say during the war, I mean born in a hospital basement, dust shaking from the walls from the shelling above. Due to the quite obvious fact that toddlers and warzones don’t feature highly in many parenting manuals, Adrien and his mother relocated to Reunion Island, from where his mother hails. It is here he learnt to surf, the famed, jewel of the island, nay indian ocean, left of St Leu providing a perfect canvas for the goofy footer avec un highly polished style. He now resides in Biarritz.

We had been talking about doing a Mediterranean strike mission for a while over a few glasses of Rioja in Biarritz and he floated the idea of the Lebanon. He told me of a mythical slab near where he was born that has never been surfed called ‘Yours’, and spoke of his yearning to surf it.

So there we were, three weeks later, at Lebanese passport control being asked by men with handsome moustaches and heavily braided shoulders if we had ever visited their sworn enemy Israel, wondering if this was such a good idea after all.